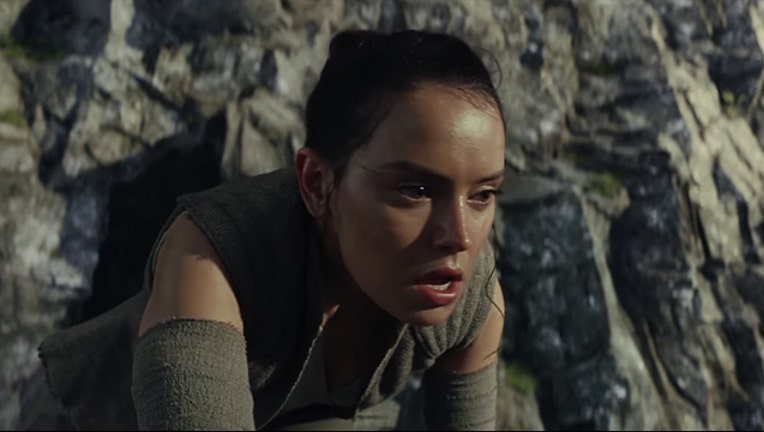 NEW YORK (AP) - The first trailer for "Star Wars: The Last Jedi" has dropped, showcasing a Luke Skywalker who just might be flirting with the dark side.

Director Rian Johnson unveiled a teaser at the "Star Wars Celebration" fan event in Orlando, Florida, on Friday. After he, producer Kathleen Kennedy and the cast chatted for an hour with host Josh Gadd, Johnson premiered a brief trailer for the much-anticipated next chapter in the "Star Wars" saga.

The footage offered few clues but notably featured Mark Hamill's Skywalker intoning from a dark cave that "it's time for the Jedi to end."

Earlier, star Daisy Ridley, who stars as Rey, said part of the story in "The Last Jedi" is that it can be difficult to "meet your heroes." ''The Force Awakens" left off with Rey and Skywalker meeting on a remote island.