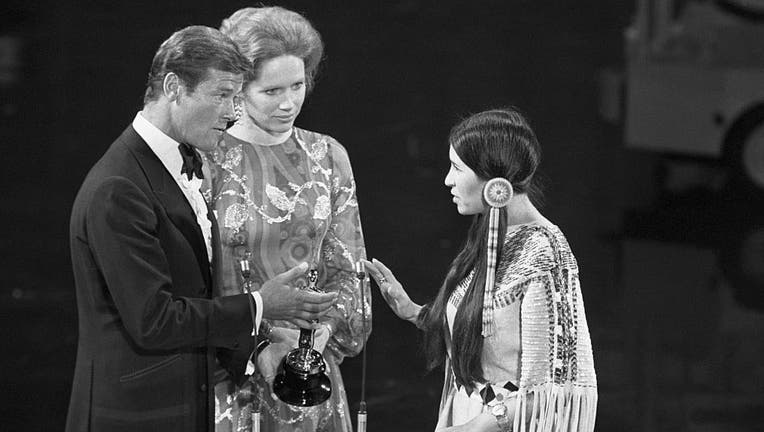 FILE - At the 1973 Academy Awards, Sacheen Littlefeather refuses the Academy Award for Best Actor on behalf of Marlon Brando who won for his role in “The Godfather.“ She carries a letter from Brando in which he explains he refused the award in protes

LOS ANGELES - Sacheen Littlefeather, a Native American activist who famously refused to accept the Academy Award for best actor on behalf of Marlon Brando in 1973, has died. She was 75.

Littlefeather’s death was announced on Sunday by the Academy of Motion Picture Arts and Sciences. While a cause of death was not immediately shared, Littlefeather revealed in a Facebook post in early 2021 that she had metastasized breast cancer.

Her death came just weeks after the academy apologized to Littlefeather for the abuse she endured.

When Brando won best actor for "The Godfather" in 1973, 26-year-old Littlefeather — wearing buckskin dress and moccasins — took the stage and became the first Native American woman ever to do so at the Academy Awards. In a 60-second speech, she explained that Brando could not accept the award due to "the treatment of American Indians today by the film industry."

But some in the audience booed her. John Wayne, who was backstage at the time, was reportedly furious. The 1973 Oscars were held during the American Indian Movement’s two-month occupation of Wounded Knee in South Dakota. In the years since, Littlefeather said she had been mocked, discriminated against, and personally attacked for her brief Academy Awards appearance. 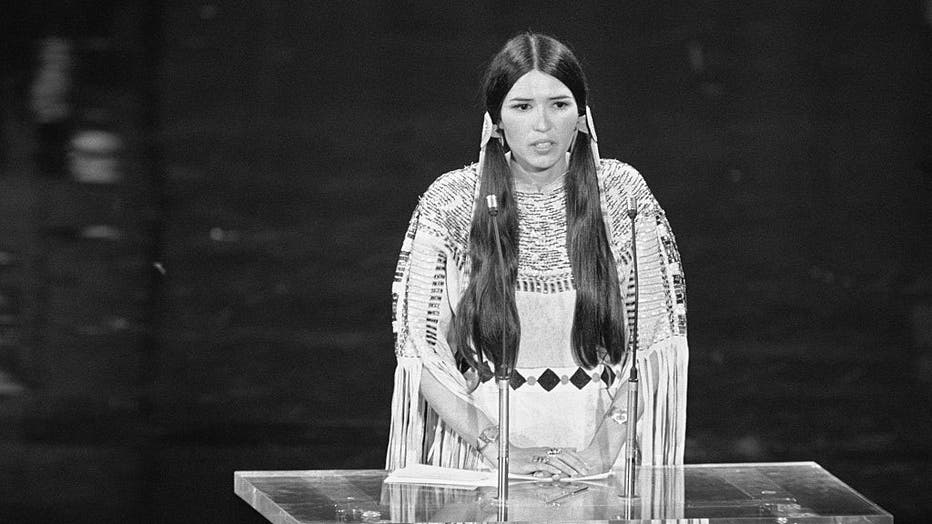 Last month, the Academy Museum shared a letter sent June 18 to Littlefeather by David Rubin, academy president, about the iconic Oscar moment. Rubin called Littlefeather’s speech "a powerful statement that continues to remind us of the necessity of respect and the importance of human dignity."

"The abuse you endured because of this statement was unwarranted and unjustified," wrote Rubin. "The emotional burden you have lived through and the cost to your own career in our industry are irreparable. For too long the courage you showed has been unacknowledged. For this, we offer both our deepest apologies and our sincere admiration."

Illustrator Michaela Goade became the first Native American to win the prestigious Randolph Caldecott Medal for best children's picture story, cited for "We Are Water Protectors," a celebration of nature and condemnation of the "black snake" Dakota Access Pipeline.

Littlefeather, who is of Apache and Yaqui heritage, said in her own statement that it was "profoundly heartening to see how much has changed since I did not accept the Academy Award 50 years ago."

"Regarding the Academy’s apology to me, we Indians are very patient people — it’s only been 50 years!" said Littlefeather. "We need to keep our sense of humor about this at all times. It’s our method of survival." 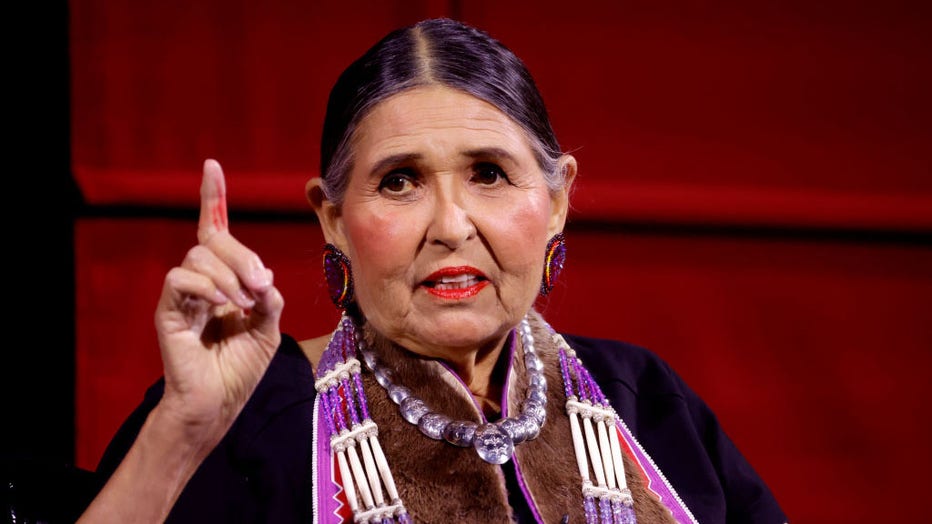 Littlefeather appeared on a podcast earlier this year with Jacqueline Stewart, a film scholar and director of the Academy Museum, and reflected on what compelled her to speak out in 1973.

"I felt that there should be Native people, Black people, Asian people, Chicano people — I felt there should be an inclusion of everyone," said Littlefeather. "A rainbow of people that should be involved in creating their own image."