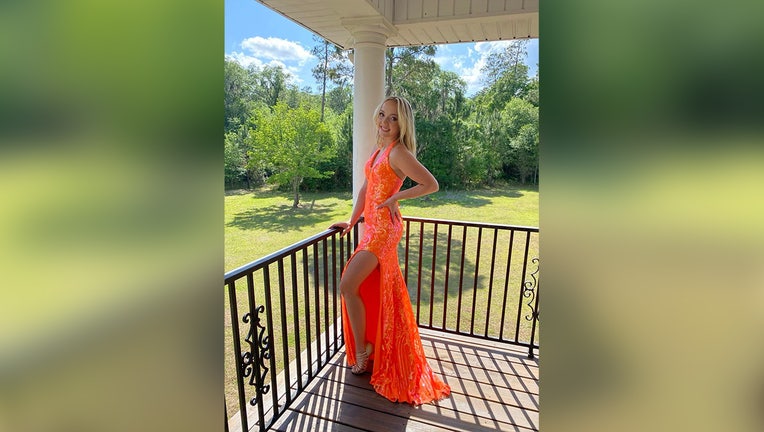 KEATON BEACH, Fla. - A teenage girl was airlifted to a hospital with serious injuries Thursday after she was attacked by a shark while scalloping with her family in Florida, authorities said.

According to the Taylor County Sheriff’s Office, deputies responded Thursday afternoon to Keaton Beach in the Big Bend area along the Gulf Coast, where 17-year-old Addison Bethea had been bitten by a shark near Grassy Island in water about 5 feet deep.

It’s unclear what kind of shark bit her, but it was described as being approximately 9 feet long. A family member reportedly jumped in the water and "beat the shark" until the girl was freed.

Bethea was airlifted to Tallahassee Memorial Healthcare with serious injuries but she’s expected to survive.

Bethea suffered "devastating damage to the soft tissue in her right leg" and underwent emergency surgery upon her arrival to the hospital, according to the Tallahassee Memorial HealthCare’s Facebook page.

"She will undergo a second surgery Saturday, July 2 to further investigate the extent of the damage to her leg and determine what treatment options are available with the goal of saving her leg," the post continued.

Shark attacks increased around the world in 2021 following three consecutive years of decline, though beach closures in 2020 caused by the COVID-19 pandemic could be making the numbers seem more dramatic.

Of Florida’s 28 unprovoked bites, 17 were in Volusia County, which includes Daytona Beach.

Unprovoked attacks occur when there is no human provocation. Provoked attacks are defined as when humans initiate contact, such as divers trying to touch a shark or fishermen removing a shark from a fishing net, according to the International Shark Attack File.