Other energy prices rising with gas | LiveNOW From FOX

As gas prices continue to rise across the nation, people in Dallas are also finding that other energy prices are rising as well.

Summer is inching closer, but people are already feeling the heat. Many states have already reported record high temperatures, and more are expected in the coming days.

Before you run up that energy bill, there are other ways to stay cool and conserve energy on a budget.

With 85% of U.S. homes built before 2000, energy waste is a big problem, according to Sealed, a company focused on affordable and efficient ways to beat the heat. Most of that waste comes from air leakage, poor insulation and old, inefficient HVAC systems.

While it may look pretty, glass is not an insulator. According to Sealed, 10-25% of thermal energy loss happens through windows.

"Windows and doors are some of the top trouble spots that you can actually address yourself that are really big contributors to heating and cooling loss," said Lauren Salz, the company's CEO and co-founder. 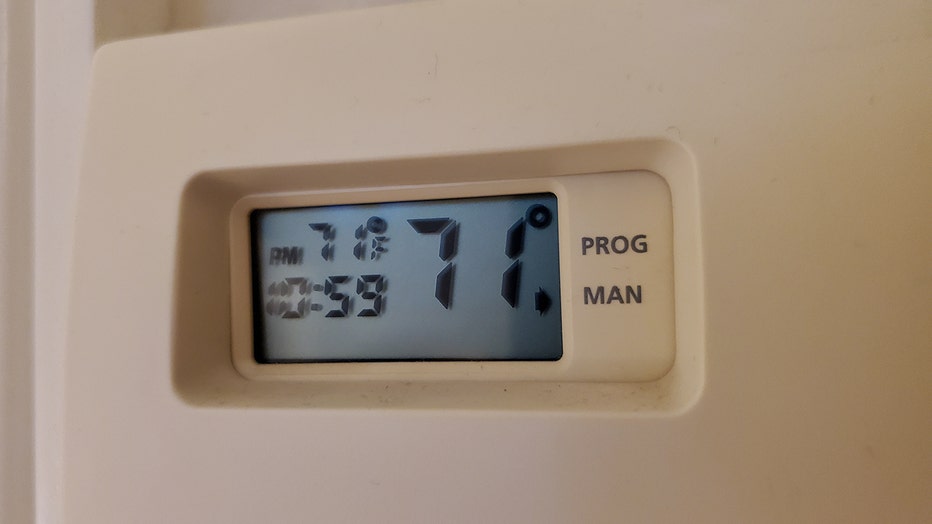 Something simple like blackout shades can block heat and light during the summer and help reduce utility bills and greenhouse gasses.

"I use them in my son’s nursery to block out light, heat during the summer and cold during the winter to make it as comfortable for him as possible, but you can use them in any room in your house to keep it cooler during a heatwave," Salz said.

Costs for high-end blackout shades and curtains can run upwards of $100, but you can find blackout curtains for less than $20 at almost any major retailer.

"If you’re not in the market for buying blackout curtains, if you’re handy with a sewing machine, you can make your own by adding blackout liners to your current curtains," she said.

If you want to supercharge things, you can buy thermal curtains, which are heavier than blackout curtains.

WHAT IS THE 'FEELS-LIKE' TEMPERATURE?

Thermal curtains have either double- or triple-layered heavy fabric with a thick backing of insulating material. They also range from $30 to $100 and are a significant barrier against the elements, Salz said.

Salz suggested picking up some caulk from your local hardware store to seal the unit from the outside for those who have window AC units and don’t have central air.

"And then you can also buy just some really simple weather stripping to seal it on the inside," she said.

The other place where you can find drafts in your home is if you have a door with a gap between the bottom and the floor.

KEEPING YOUR FURRY FRIEND SAFE AND HEALTHY AS TEMPERATURES RISE

"You can get a door snake or simply roll up an old blanket or towel to stop the heat from creeping in," Salz said.

If you don’t have central air conditioning, Salz said she found ice packs come in handy.

"When I was in college, I used to put ice packs in front of the fan on my desk during really hot days. It’s these little things that really go a long way in the short-term heat," she said.

Invest in the long term

Salz’s long-term advice for homeowners is to invest in upgrading their heating and cooling infrastructure, which is something Sealed has been helping people with for years.

"We match you with the best contractors where we’ve pre-negotiated pricing, and we manage the entire process," Salz said.

Sealed also covers 100% of your upfront cost and only gets paid if they cut your energy waste.

Track the temperatures in your area with the FOX Weather app. The free FOX Weather livestream is also available 24/7 on the website and app and on your favorite streaming platform. The FOX Weather Update podcast also provides weather information for the entire country.

Find more updates on this story on FOXWeather.com.