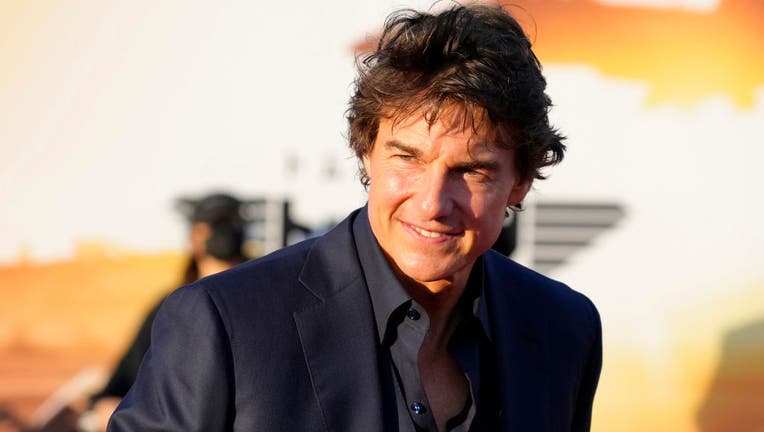 YOKOHAMA, JAPAN - MAY 24: Actor Tom Cruise attends the red carpet for the Japan Premiere of "Top Gun: Maverick" at Osanbashi Yokohama on May 24, 2022 in Yokohama, Kanagawa, Japan. (Photo by Ken Ishii/Getty Images for Paramount Pictures)

LOS ANGELES - As "Top Gun: Maverick" continues to soar high at the box office, the new film is at the center of a legal battle with Paramount Pictures and the heirs of the author behind the "Top Gun" franchise.

According to court documents obtained by FOX Television Stations, the pair referenced their familial connection to writer Ehud Yonay. Shosh is the widow and Yuval is the son.

In the lawsuit, the family claims the Top Gun franchise is based on Ehud’s 1983 story entitled, "Top Guns." Before the first Top Gun movie was released in 1986, court documents stated Paramount secured the rights to the film from Ehud and gave him credit.

Shosh and Yuval said in 2018, they sent a letter to Paramount saying they recovered the copyright and it would be handed back to them by January 2020.  Thus, the pair believes they own the copyright to "Top Gun: Maverick," which was released in May 2022.

"Paramount consciously failed to secure a new license of film and ancillary rights in the copyrighted Story following the Yonays’ recovery of their U.S. copyright," a court document states.

Top Gun: Maverick - The Power of the Naval Aircraft Featurette

Tom Cruise stars in "Top Gun: Maverick," in theaters May 27.

In their lawsuit, Shosh and Yuval would like the studio to stop "developing, producing, or distributing the 2022 Sequel."

"These claims are without merit, and we will defend ourselves vigorously," a Paramount company spokesperson said to FOX Television Stations in a statement.

The high-flying "Top Gun: Maverick" had continued success in its second weekend, dropping just 32% from its opening with $86 million in ticket sales, according to studio estimates released on Sunday.

"Top Gun: Maverick" had an extremely long journey to get to the theaters. The sequel to the late Tony Scott’s "Top Gun," which was released in 1986, was originally slated to open in the summer of 2020. Its marketing campaign technically started back in July 2019. The pandemic got in the way of those plans, however, and it was delayed several times.

Directed by Joseph Kosinski, produced by Jerry Bruckheimer and co-produced and co-financed by Skydance, the sequel reportedly cost $152 million to make.