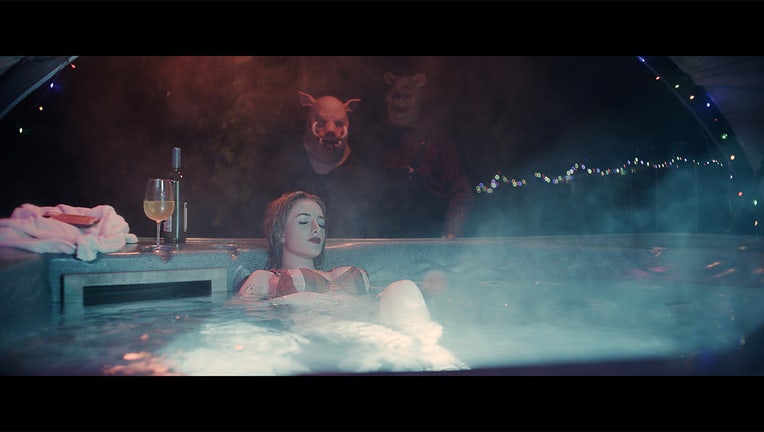 Freeze frame from “Blood and Honey” featuring Pooh and Piglet and an unsuspecting victim. (Jagged Edge Productions and ITN Studios)

A Winnie-the-Pooh-themed horror movie called "Blood and Honey" is in the works so brace yourself to have one of your favorite childhood stories twisted with bloodshed and fear.

Join Pooh and Piglet as they embark on a journey of life after Christopher Robin, though this is far less fairytale-like than Disney’s live-action "Christopher Robin," starring Ewan McGregor.

While Disney was not involved in this particular production, the movie's premise still follows the classic characters Pooh and Piglet through the Hundred Acre Wood.

In the movie, the pair of best friends scavenge for food which has become scarce following Christopher’s departure to college, according to Rhys Frake-Waterfield, writer, producer and director of the film. 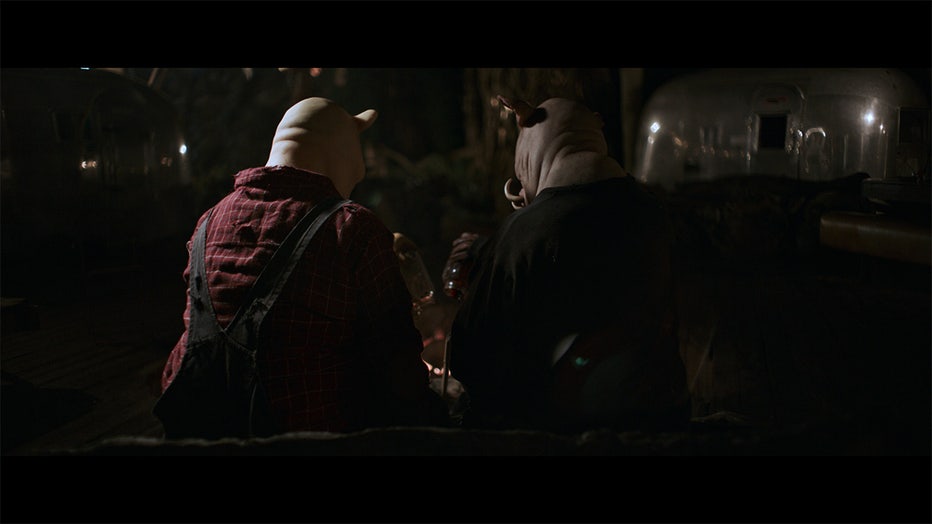 The movie will only feature Pooh and Piglet and a piece of Eeyore because, well, they eat the lovable somber donkey.

Christopher does return, however, only to find his friends are not how he left them as they’ve become feral, Frake-Waterfield told FOX TV Stations in an email.

Upon seeing Christopher, Pooh and Piglet revert to their animal instincts and go on a rampage, attacking hikers and campers nearby their den of horrors.

"They enjoy making other people suffer and, if hungry, they eat them," Frake-Waterfield added. Piglet even has a victim held captive in their den to "maul whenever he desires."

Somewhere along the way, a group of girls taking a cabin trip cross paths with the sadistic duo, and all hell breaks loose.

"One girl is kidnapped to be harvested later on in their den, which has expanded significantly from the tree-house in the original," Frake-Waterfield said.

WATCH FREE ON TUBI: Produce gets its revenge in "Return of the Killer Tomatoes"

The movie creators hope the film will give audiences a re-imagined and proper scare that is nowhere along the lines of the generic werewolf, zombie or ghost flick storyline.

"I went with Winnie because it’s so bizarre and has so much potential to be creative and include some fun horror moments," Frake-Waterfield added.

An official movie release date has yet to be set.

WATCH FREE ON TUBI: A devil of an ocean voyage in "Titanic 666"