Reality show 'Love in the Jungle' takes dating outside

In discovery+’s new reality series 'Love in the Jungle,' fourteen singles experience the dating scene inside the world of nature. (Credit: Discovery+)

LOS ANGELES - It’s a new show in the vein of "Bachelor in Paradise" meets "Animal Planet," and no we’re not making this up. Intrigued? Read on.

In discovery+’s new reality series "Love in the Jungle," fourteen singles experience the dating scene inside the world of nature.

Austin Nogiec and Paige Dacanay, two contestants on the season, agreed they didn’t really know what they were getting themselves into when they joined the reality show. 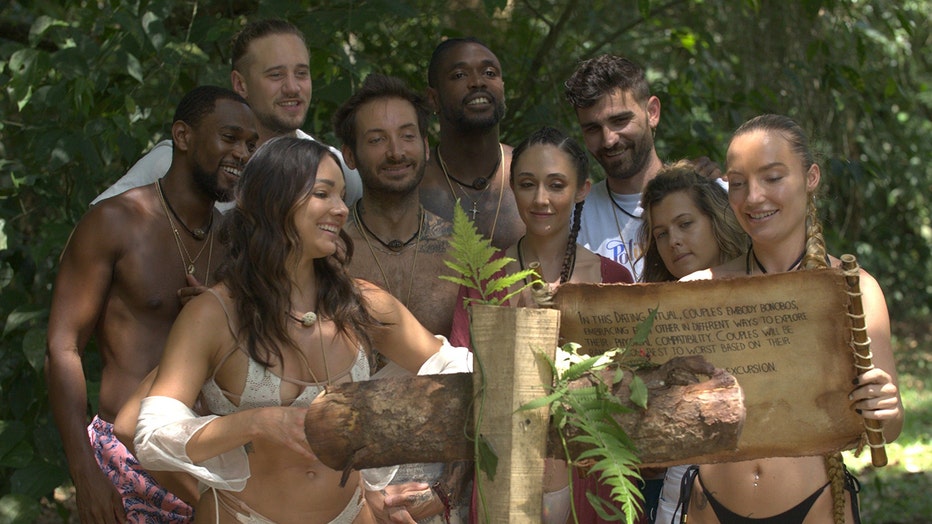 In discovery+’s new series “Love in the Jungle,” fourteen singles experience the dating scene inside the world of nature. (Credit: Discovery+)

"We had no idea what we were signing up for," Austin told FOX Television Stations. "Two weeks before, all I knew was that I was getting on a plane to Colombia."

WATCH FREE ON TUBI: FOX brings back a reality classic with "Joe Millionaire: For Richer or Poorer"

Paige added, "We had somewhat of an idea that animals would be incorporated and it would be different, but we didn’t know until the first day of filming that we couldn’t talk to each other."

Participating in mating rituals pulled straight from the animal kingdom – with little to no verbal communication – gives the singles a chance to unleash their inner animals and hone their natural instincts in the ultimate pursuit of true love.

Viewers can watch anything from retro TV shows to Hollywood blockbusters, all completely free.

"The whole concept makes you cherish the ability to talk that much more," Austin shared, adding, "With ‘Love is Blind’ the sight’s not there, and with this show our voices aren’t there, so I think you get a unique concept."

On the next episode of the series (airing Sunday, May 29), a lone member breaks from the pack, and a new way of communicating opens up.

"If you think the [challenges] that we’ve done thus far have been crazy, just wait for this one, because this is kind of wacky. It’s kind of out there. Sorry, Mom," Austin laughed.

"It’s entertaining, it’s so different," Paige concluded. "I hope the audience gets to fall in love with the people on the show as well and watch their journey. Tune in, you won’t regret it."

You can watch new episodes of "Love in the Jungle" every Sunday on Discovery+.

WATCH: Celebrities have the time of their lives in competition series "The Real Dirty Dancing"