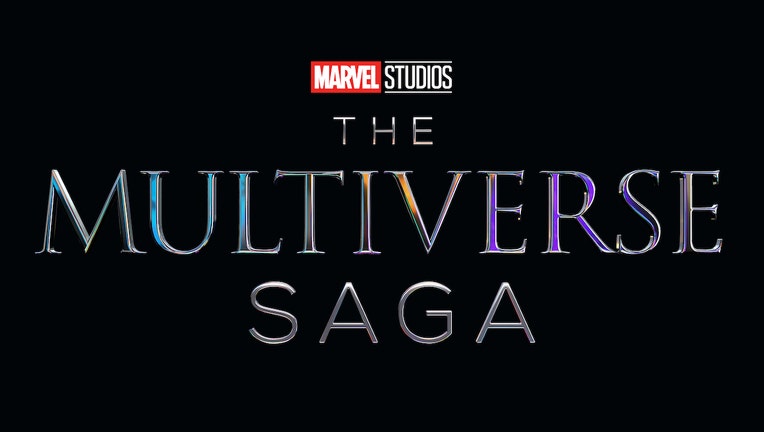 Chicago - Welcome to The Mulitverse Saga!

San Diego Comic-Con returned to in-person festivities for the first time in three years this weekend. And while some studios took a "less is more" approach with their big Hall H presentations, Marvel Studios went all-out for the event. The studio’s star-studded Saturday evening presentation from head honcho Kevin Feige included not only some splashy new trailers, but also major announcements about new phases, new "Avengers" team-up movies and Marvel content stretching all the way into 2025. Here are the highlights of what Marvel has in store for the future.

Phase Four comes to a close sooner than expected

The buzzy Comic-Con event couldn’t have come at a better time, as Marvel has been facing some grumblings lately that the studio has lost its way following the massive climatic team-up movie "Avengers: Endgame" in 2019. Along with the second Tom Holland "Spider-Man" movie later that year, "Endgame" marked the end of Marvel’s wildly successful Phase Three slate of movies and put a cap on the "Infinity Saga" that defined the studio’s first decade of superhero filmmaking. Since then things have felt a bit, well, scattered.

While Feige explained that Phase Four has been about "resetting the MCU [and] meeting all these amazing new characters," some fans have struggled to find a satisfying throughline in movies like "Black Widow," "Shang-Chi and the Legend of the Ten Rings," "Eternals," "Spider-Man: No Way Home," "Doctor Strange in the Multiverse of Madness" and "Thor: Love and Thunder," especially when paired with promising but uneven Disney+ TV shows like "The Falcon and the Winter Soldier," "Moon Knight," "WandaVision," "Loki," and "Ms. Marvel."

After clarifying Phase Four’s end date, Feige then wowed the crowd by releasing the entirety of Marvel’s Phase Five slate. And while many of these projects had been previously announced — including "Ant-Man and the Wasp: Quantumania," "Guardians of the Galaxy Vol. 3," the "Captain Marvel" sequel "The Marvels," the Samuel L. Jackson-led Disney+ series "Secret Invasion" and season two of "Loki" — others came as more of a surprise.

Phase Five will include the highly-anticipated arrival of Mahershala Ali’s "Blade" film in November 2023 (Ali’s casting was announced way back at 2019’s Comic-Con), as well as a brand-new "Daredevil" show — with Charlie Cox and Vincent D’Onofrio reprising their roles from the popular Marvel Netflix series. "Daredevil: Born Again" will be a whopping 18 episodes long and finally clarify how the Marvel Netflix shows fit into the current MCU canon. (Having previously made a cameo appearance in "Spider-Man: No Way Home," Cox is slated to appear in "She-Hulk" next month too.)

Phase Six caps off the "Multiverse Saga" in mega fashion

The announcements didn’t stop there, however, as Feige had one more surprise up his sleeve. Towards the end of the presentation, Feige also revealed a few titles from Marvel’s Phase Six slate, which will feature a "Fantastic Four" movie and end with two "Avengers" films in 2025: "Avengers: Kang Dynasty"and "Avengers: Secret Wars."

WATCH FREE ON TUBI: The iconic action thrills of "The Matrix"

Feige also announced that Phases Four, Five and Six will encompass what Marvel has officially dubbed "The Multiverse Saga."

Comic book fans have plenty to chew on with these announcements: "Kang Dynasty" refers to Jonathan Majors’ new villain Kang the Conqueror, who will make his official big-screen debut in "Ant-Man and the Wasp: Quantumania," following a previous multiversal cameo in the "Loki" season finale. Meanwhile, "Secret Wars" is a massive comic book storyline that involves a whole bunch of different superhero teams being pitted against one another, which could mean that Marvel still has some major announcements to come.

Indeed, Marvel noticeably left space for eight more projects in its Phase Six slate, many of which will likely be announced at Disney’s D23 Expo in September. That splashy fan event is another place where Marvel likes to make headlines, which in this case could involve "Fantastic Four" casting news, details about a potential "Young Avengers" project or even major news about the X-Men making their MCU debut.

For now, however, you can check out the full slate of announced projects below. Announced upcoming projects are highlighted in bold.

Watch for free while you wait

For more superheroes, check out Ang Lee’s "Hulk," the cult classic British TV show "Misfits" and the brutal thrills of "Punisher: War Zone" — all of which are streaming (for free!) on Tubi.