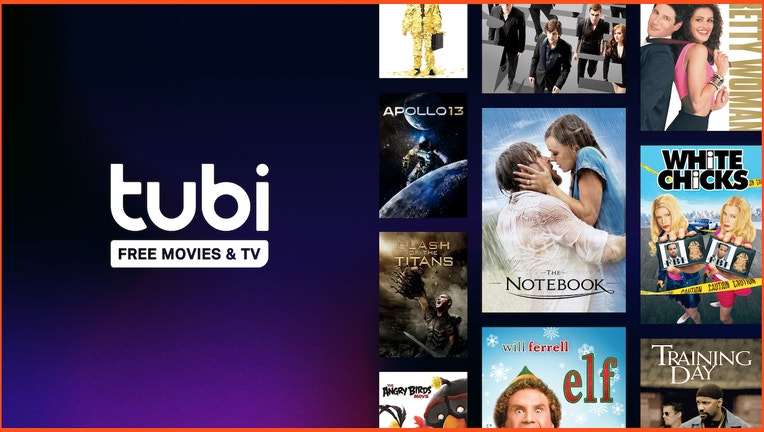 CHICAGO - Need something new to watch this month? Tubi has you covered. The free streaming platform is debuting four new original features alongside a slate of award-winning films and blockbuster classics.

So whether you want to get haunted by "Annabelle Comes Home," race against the speedometer with Keanu Reeves and Sandra Bullock in "Speed" or fall in love with Domhnall Gleeson and Rachel McAdams in "About Time," there’s something for everyone.

Check out a preview of Tubi’s four new originals and then find a full list of new arrivals, broken down by genre.

Obsessed to Death (streaming June 8): "After Cassie (Holland Roden) is ghosted by Austin (Colton Royce) for beloved cycling instructor Summer (Kathryn Kohut), Cassie becomes fixated on Summer, who is everything she is not: glamorous and inspirational to all her devotees at fitness company Levitate 360. Cassie is drawn to Summer’s magnetic personality and worms her way into becoming Summer’s best friend by signing up for her fitness challenge. The closer Cassie gets to Summer, the more she takes on all of Summer’s characteristics, reinventing herself spin class by spin class and lie by lie. But as Summer’s fellow Levitate cyclist and friend Gage (Jesse Reynolds) starts to notice something is off with Cassie, her obsession with Summer turns violent. Emboldened by her newfound popularity, Cassie will do anything to have Summer and her lifestyle for herself." This article previously stated that "Obsessed to Death would be streaming June 3; it has been updated to reflect the film's new release date.

The Stepmother (streaming June 17): "After a recently widowed single father moves to a new town, a new mysterious woman threatens his relationship with his son and their safety."

Tow (streaming June 24): "Maddie and Abi are twin sisters, and famously the only victims to ever escape the notorious serial killer known as The Mechanic. Years after their near escape, The Mechanic is finally scheduled to be executed for his horrific crimes. But what should be a moment of closure for the sisters ends up unleashing something far more insidious. As they try to leave behind the trauma of their experience, their connection to The Mechanic haunts them and begins to slowly take over their minds."

SPOTLIGHT: Make it a Denzel Washington double feature with his iconic performance in "Malcolm X" and his directorial debut, "Antwone Fisher."

"Above the Rim"
"Daughters of the Dust" - starting 6/15
"Drumline"
"Fallen"
"He Got Game"
"Roots: The Next Generations"
"This Christmas"
"Training Day"
"White Chicks"

SPOTLIGHT: In two riveting real-life stories of survival, Tom Hanks plays an astronaut with a problem in "Apollo 13,"while AnnaSophia Robb plays a young surfer who survives a shark attack in "Soul Surfer."

RELATED: ‘Titanic’ on screen: An ocean of options

Kickstart your Tubi binge with "The Freak Brothers"

The first season of "The Freak Brothers" is streaming for free on Tubi.