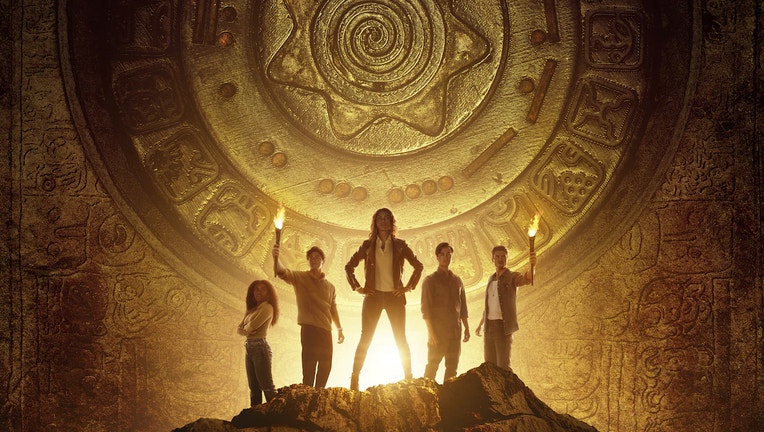 Chicago - San Diego Comic-Con has returned to an in-person event for the first time in three years. And one of the panels that made a big splash on the first day of geek festivities involved the new '"National Treasure" Disney+ spin-off, "National Treasure: Edge of History."

The upcoming action-adventure series centers on a new character named Jess Morales (Lisette Olivera), a 22-year-old DREAMer who winds up recruiting a group of friends for a Pan-American treasure hunt that involves her family’s past.

During the panel, the show debuted its first (brief) teaser trailer, which sees Jess making her dramatic entrance into the franchise.

"National Treasure: Edge of History" also stars Catherine Zeta-Jones as Billie Pearce, a stylish, wealthy black-market antiquities dealer who’s after the same treasure as Jess. Plus the series features the return of "National Treasure" players Justin Bartha and Harvey Keitel, who will be slipping back into the roles of tech whiz Riley Poole and FBI Agent Peter Sadusky, respectively.

WATCH FREE ON TUBI: Catherine Zeta-Jones and Justin Bartha fall in love in "The Rebound"

As of now, however, there are no plans for Jon Voight’s Patrick Henry Gates, Diane Kruger’s Dr. Abigail Chase or Nicolas Cage’s Benjamin Franklin Gates to make their return in the series — the latter of which has left some fans disappointed on social media. (For their part, The Wibberleys would love to have Cage back if his schedule allows.) Still, a new behind-the-scenes featurette promises the 10-episode series will have the same riddles, family secrets and "historic ‘National Treasure’ vibe" as the original movies. No word yet on which piece of American iconography the crew will be stealing and/or kidnapping this time around though.

"National Treasure: Edge of History" doesn’t have an official premiere date, but the featurette promises it will be "streaming soon" on Disney+.