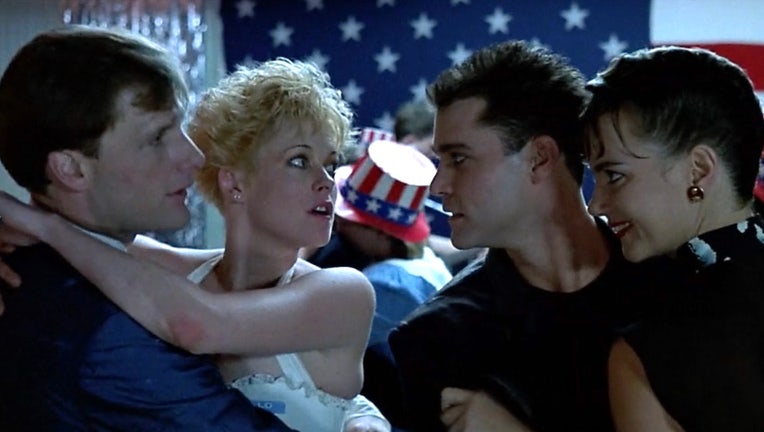 There’s a magic trick at the heart of the 1986 movie "Something Wild," a kind of cinematic sleight-of-hand that makes viewers realize they’re watching a much different movie than the one they thought they were watching. It works like this: In the film’s opening scene, a free-spirited woman who calls herself Lulu (Melanie Griffith) watches the business suit-clad Charlie (Jeff Daniels) walk out of a restaurant without paying his bill. Sensing a kindred rebellious spirit — or maybe an easy mark — she kidnaps him, only half against his will, for a weekend of crime, boozing and motel sex as she road-trips back to her hometown. For 50 minutes it seems like we’re watching the ’80s equivalent of a classic screwball comedy with Lulu serving as the daffy, downtown descendant of, say, Katharine Hepburn in "Bringing Up Baby."

Then, as Charlie and Lulu slow dance at her 10th high school reunion (to a song played by director Jonathan Demme’s favorite band, The Feelies), Ray Liotta sidles into the frame, sporting a tight haircut and blue eyes of terrifying intensity and taking the breath out of the movie. Liotta plays Ray, Lulu’s violent husband, and his unexpected appearance robs her of her seemingly bottomless confidence and fills her with fear. That breezy comedy of before? It’s been an illusion. This bohemian city life Lulu’s been living hasn’t been an act of running wild but of running scared. And now she’s caught.

STREAM FREE ON TUBI: Ray Liotta in "Something Wild"

Demme and screenwriter E. Max Frye deserve much of the credit for the set-up of the trick. But the execution is all Liotta, who sweeps in with an ingratiating smile that can only obscure the rage behind it for so long. Ray’s a charmer, but it’s a weaponized sort of charm. He uses it to put Charlie at ease before revealing his true nature — and by that point it’s too late to escape. It’s what Ray does. When he charms a gift store clerk into opening her store after hours to accommodate him, it’s easy to see how Griffith’s character fell for him all those years ago. He’s a handsome, alluring man. It’s what’s inside that’s cracked and broken.

Liotta, who unexpectedly died May 26 at the age of 67, was essentially an unknown when Demme cast him at the urging of Griffith, a friend Liotta knew from an acting class they took together in L.A. He’d done time on a soap opera and taken small roles in film and television, but never quite broken through. He was 31 when he made "Something Wild," but looks even younger. (That Ray wears black jeans and a T-shirt, an outfit he probably wore in high school, likely contributes to this.) Yet he essentially takes over the second half of "Something Wild" with the assurance of a veteran. 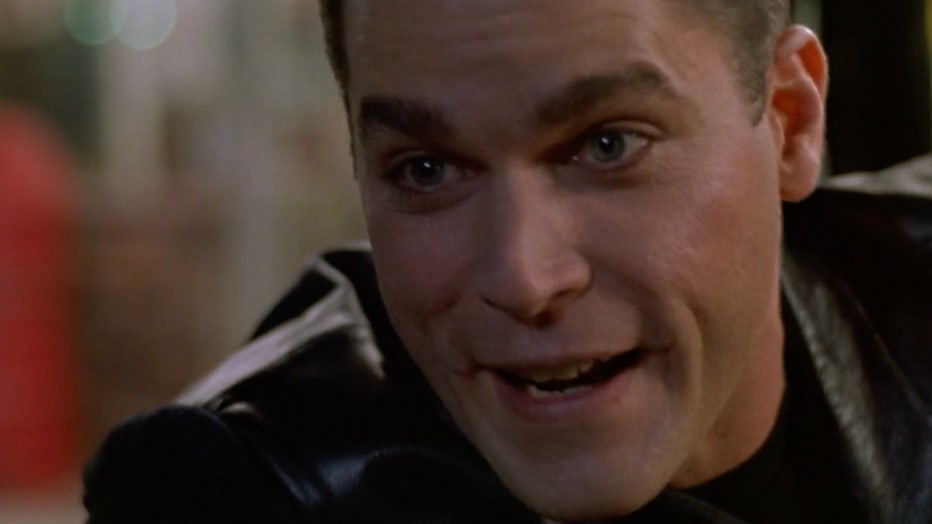 Ray Liotta in "Something Wild" (screenshot)

That owes a lot to the sense of danger Liotta creates, but also to the yearning and sadness he brings to the character. Yes, Ray’s a violent psychopath, but he’s also a man in pain. And though Demme’s film doesn’t justify his behavior or make him anything but the villain of the piece, it’s a typical touch of the empathetic director to make his antagonist three-dimensional, and to partner with an actor who could find the character’s complexity without asking viewers to sympathize with him.

Years later, Demme revealed how he helped get Liotta in character, saying, "I’d go up to Ray Liotta and whisper, ‘Nicest guy in the world.’ Because sure enough, to that character, he is — he’s the hero!" After all, who is this Charlie guy from the big city hanging out with his wife? Ray can take control of the movie because, from his perspective, it’s his story.

WATCH FREE ON TUBI: Liotta with Michael Shannon and Chris Evans in "The Iceman"

Much of what would make Liotta’s later work so effective is evident in Ray: the easy charm, the disarming laugh that could double as a threat, the explosive rage, but also the sense of hidden complexity, a sense that there was more to the characters he played than what was evident on the surface.

But while Liotta’s first big role was one of his best, it shouldn't be mistaken for a peak. A memorable ghostly supporting role in "Field of Dreams" lay immediately ahead, with "Goodfellas" just beyond. When stardom as a leading man eluded him, he segued back into memorable supporting roles in "Cop Land," "Hannibal" and countless other projects. Recent years had been especially kind thanks to parts in films like "Marriage Story" and "No Sudden Move" that allowed him to breeze in, steal a scene or two and leave viewers wanting more. He did that to the last. That magic trick was all his.

About the writer: Keith Phipps has been writing about movies and other aspects of pop culture since 1996. After serving as the editor of The A.V. Club he launched the influential movie site The Dissolve with Pitchfork in 2013. He is currently a regular contributor to GQ, Vulture, TV Guide, and The Reveal, a film review site he created with longtime collaborator Scott Tobias. He also co-hosts the podcast The Next Picture Show and recently published the book Age of Cage: Four Decades of Hollywood Through One Singular Career.

D.I.Y. double feature: "Something Wild" and "The Apartment"

The Apartment (1960): This special little film defies easy categorization. It’s sort of a rom-com about a nebbishy guy (Jack Lemmon) trying to woo the elevator girl of his dreams (Shirley Maclaine). And it’s sort of a humanistic drama about what it takes to be a good person in an oppressive, corrupt system. Either way, "The Apartment" is a timeless romantic classic that feels just as fresh today as it did in 1960. A hit with both critics and audiences, "The Apartment" cleaned up at the Oscars, winning five out of 10 of its nominations, including Best Screenplay, Best Director and Best Picture. So sit back and enjoy this sharp, savvy, poignant film from its playful opening sequence to its all-timer of a final line. Not rated. 125 minutes. Dir: Billy Wilder. Also featuring Fred Macmurray.

"The Apartment" is streaming free on Tubi