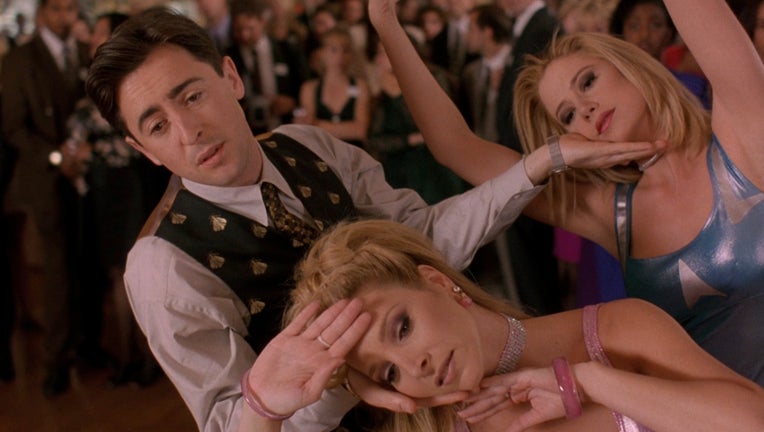 CHICAGO - A female version of "Wayne’s World": That’s what the execs at Touchstone were looking for when they came across a play called "Ladies Room." Set entirely in the bathroom of a Mexican restaurant, the play features a rotating cast of characters including two named Romy and Michele — grown up Valley Girls who serve as minor comic relief. There was something about the small roles that stood out, however, perhaps because one of them had originally been played onstage by future "Friends" star Lisa Kudrow.

Perhaps it’s fitting that "Romy and Michele" took such a winding road to success given that’s kind of the story of its heroines as well. 10 years out of high school, Romy (Mira Sorvino) and Michele (Kudrow) haven’t really made much of their lives. But it just takes one eventful high school reunion to help them realize that’s not such a problem after all. Mixed with its surreal sense of humor and candy-colored costuming, the "be true to yourself" messaging of "Romy and Michele" has made it a timeless favorite for 25 years. (And it’s one that’s currently streaming for free on Tubi.)

There are so many elements that contribute to the film’s creative success: The witty screenplay from Schiff, the pitch-perfect comedic performances from Sorvino and Kudrow and the "Simpsons"-honed surreal sensibilities of director David Mirkin. But maybe most important of all is the core of sweetness that sits at its center. For all the film’s many quotable lines ("I'm the Mary, and you're the Rhoda." / "Would you excuse me? I cut my foot before and my shoe is filling up with blood." / "Let's fold scarves!"), it's a simple five word exchange that best captures the film's heart.

RELATED: Review: ‘Everything Everywhere All At Once' is transcendent and a bit exhausting

"I’ll dance with you, Romy," Michele gently offers after Romy is left stranded on the senior prom dance floor as part of a cruel prank. The image of the two women swaying together on the dance floor is the ultimate love letter to anyone who’s ever been saved by the fierce, unwavering loyalty of a best friend.

"Romy and Michele" is part of a long, sometimes under-appreciated lineage of female buddy comedies, which stretch from Jane Russell and Marilyn Monroe in 1953’s "Gentlemen Prefer Blondes" to Jane Fonda, Lily Tomlin and Dolly Parton in 1980’s "9 to 5" to Beanie Feldstein and Kaitlyn Dever in 2019’s "Booksmart."

The late 1990s and early 2000s were a banner era for the subgenre, as 1995’s "Clueless" kicked off a renewed interest in colorful, lighthearted, slightly campy female comedies. (Impressively, costume designer Mona May is responsible for the iconic looks of both "Clueless" and "Romy and Michele.") Halle Berry and Natalie Desselle starred in "B.A.P.S." just a month before "Romy and Michele" debuted, while movies like "Dick," "But I’m a Cheerleader," "Legally Blonde" and "Josie and the Pussycats" followed. That it took so many of these films a little while to find their audience speaks to the way our culture tends to assume anything that’s girly and feminine is shallow and simple — missing out on the savvy satire so many of these films offer.

RELATED: Review: Yes, ‘Ambulance’ is stupid — but oh boy, is it fun

In many ways, "Romy and Michele" is like the older, weirder R-rated cousin of the female buddy genre. There’s an edge to it, a slight hint of grodiness that you don’t see in something like "Clueless." This is a comedy that lets its characters swear like real adults; one that recognizes there’s nothing better than Janeane Garofalo repeatedly telling her old high school classmates to "f**k off." 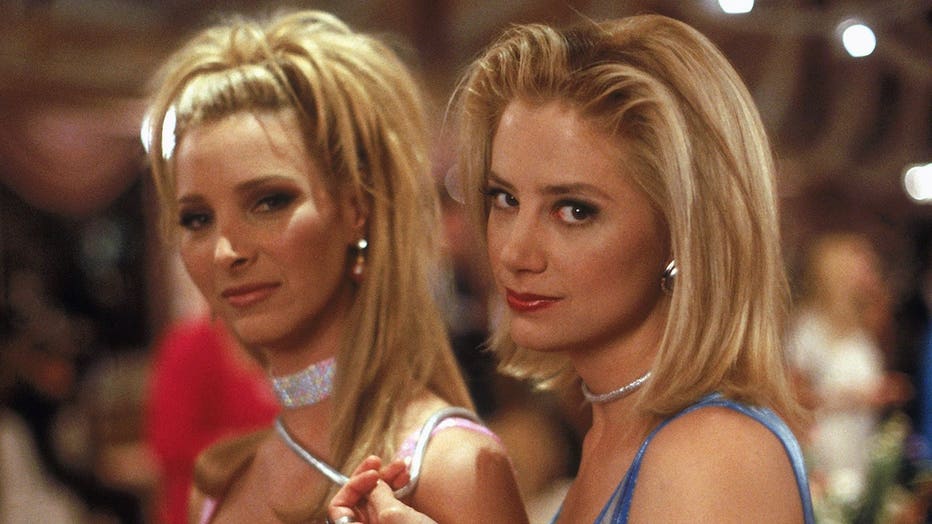 Indeed, part of what makes the "be true to yourself" message of "Romy and Michele" land is that the film practices what it preaches. A huge chunk of its second act is a lengthy, increasingly surreal dream sequence that takes a long, long time to reveal itself as such. And the film’s climax is a three-way interpretative dance to Cyndi Lauper's "Time After Time" that's all the better for its inexplicability.

As a 2017 Huffington Post oral history reveals, there were some ups and downs during the film’s occasionally tumultuous production. (At one point Schiff was removed from the project, until Kudrow and Garofalo refused to do the film without her.) But none of that tension is visible in the final product, which floats along on its own oddball wavelength. "If I can do something incredibly silly that moves you at the same time, that's just heaven to me," Mirkin explained in a 2017 interview.

For those who grew up on it, "Romy and Michele" is indeed a little slice of strange, Post-It-inventing heaven. And its unique mix of heart and humor continues to hold up, time after time.

But I'm a Cheerleader (2000): For a romantic comedy that’s just a little bit off the beaten path, try this delightful cult classic starring a 19-year-old Natasha Lyonne. Lyonne plays Megan Bloomfield, an all-American cheerleader who’s sent away to a gay conversion camp when her parents and friends start to suspect that she’s secretly a lesbian. Ironically, it’s not until Megan is at the oppressive "True Directions" conversion program that she begins to realize she does actually like women — specifically Clea Duvall’s rebellious bad girl Graham Eaton. And while that sounds like the plot of a heavy drama, director Jamie Babbit takes a whimsical, satirical approach in a colorful rom-com that rejects repression and reclaims queer romantic joy. Rated R. 85 minutes. Dir: Jamie Babbit. Also featuring Cathy Moriarty, RuPaul Charles, Melanie Lynskey.

Jennifer’s Body (2009): Wrongly maligned in its time, Karyn Kusama’s inspired horror-comedy has undergone a bit of a cultural re-evaluation in recent years — or, put more plainly, everyone seems to finally be catching onto the fact that "Jennifer’s Body" rules. Megan Fox plays Jennifer, a cheerleader who finds herself in a classic high-school pickle: She’s possessed by a demon and fueled by a drive to feast upon her classmates’ flesh. Amanda Seyfried is her best friend Needy (yes, Needy) who senses that something’s not quite right. It’s a riot. Rated R. 102 minutes. Dir: Karyn Kusama. Also featuring Adam Brody, Johnny Simmons, Chris Pratt, J.K. Simmons, Amy Sedaris.